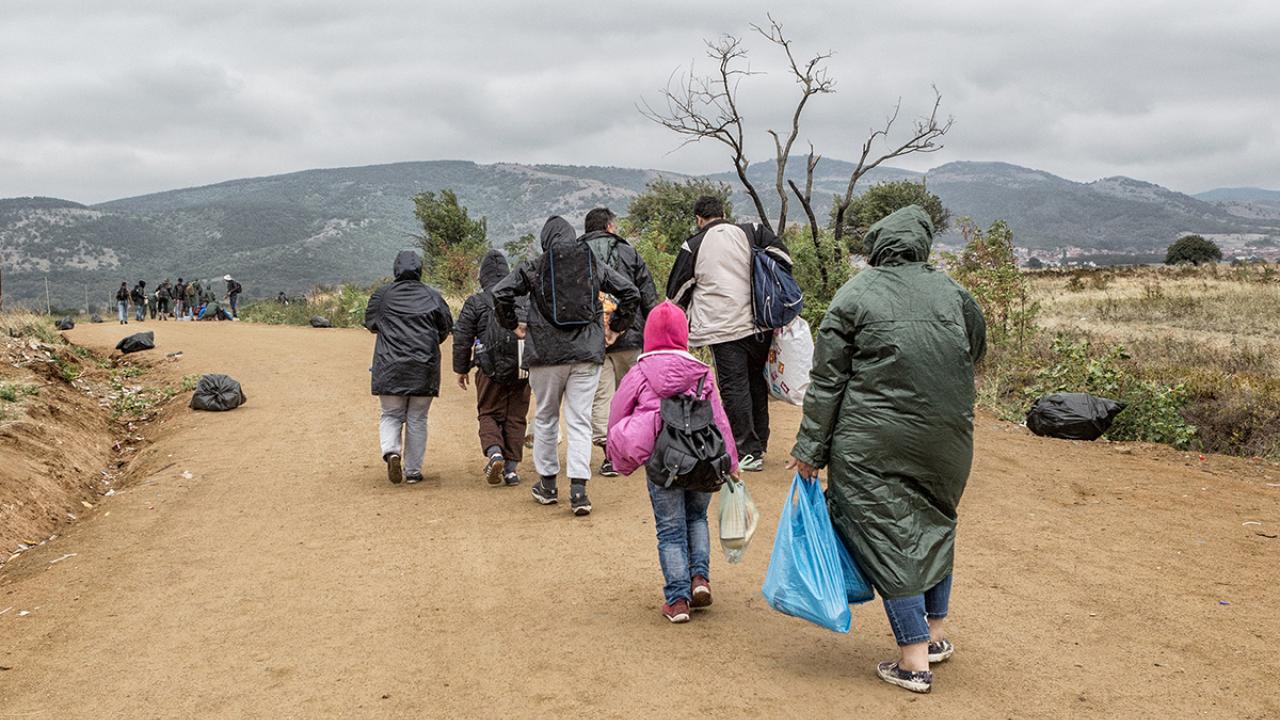 Championing Rights for All Migrants

Some of the most powerful words of equality etched in history are written in the Declaration of Independence. It has become a beacon for developing democracies around the world: “We hold these truths to be self-evident, that all men are created equal…” However, there are many individuals within the United States who are fighting inequality and the ability to live a life filled with happiness and liberty.

UC Davis Professor of Law Leticia Saucedo believes UC Davis could play a crucial role in helping individuals who are being exploited and dehumanized through a proposed center focusing on migration and at-risk migrants. This center would be a part of the triune of centers around the Global Human Rights Big Idea.

Professor Saucedo teaches immigration law, employment law, labor law and torts at the UC Davis School of Law. We spoke with her about human rights and migration.

Q: The Global Human Rights Big Idea advocates both for refugees and at-risk migrants. Can you help define these terms and how they differ from one another?

A: A refugee is defined as someone fleeing their country because of political opinion or because they're part of a particular social group, race or religion. What that definition leaves out is people who are leaving their countries because of economic conditions. Under the refugee definition and international law, these people are termed “economic migrants.” The common narrative is that migrants are moving just because they want a better life. But in reality, economic migrants are moving for reasons other than just improving their economic condition, and these are ignored when we label people as economic migrants.

A: The concept of at-risk migration is that people don't just leave their home –– there are serious conditions that aren't necessarily recognized under the refugee definition forcing them to leave. People are moving from places in Guatemala where they can no longer farm. People are moving from places like El Salvador and Honduras because of state violence. When they come to the United States saying they want a better opportunity for their kids, there's actually something else going on that's not being captured in the narrative. What you see now is that fight over the definition of a refugee. Everybody who's not fitting into that limited view of refugee or asylee is an at-risk migrant. The more we limit the definition and the population of refugees, the more we create at-risk migrants.

Q: What are some of the common misconceptions around migration and migrants?

A: The idea that migrants need to wait in line at the border doesn’t work if there's no line for them. The notion that there's a natural, legal way to cross borders is false; every state creates its own rules for entry. The biggest misconception in the U.S. is that migrants aren’t following rules, but what we're seeing is that every time you create a new rule that restricts, you've created more undocumented folks who don’t have an avenue to get into the United States.

Q: Why is this issue urgent today?

A: We have a huge number of undocumented residents in California, and the state has been doing a good job incorporating these individuals into our society, social life, education system and political life as much as possible. We see in California protective laws that are being passed now, in the wake of a very restrictive immigration policy.

It's really important to have an avenue of migration for people who don't fit into one specific box. The whole point of the Global Human Rights Big Idea is to recognize that all of these people -- whether at-risk migrants or refugees, or those suffering displacement or the risk of genocide –– deserve a basic level of individual human rights.

A: Our mission as a public university is to support and improve the conditions in our state. One of the ways that is done is through research. We have several research projects with results supporting the state's position that it has the right to incorporate migrants into its constituency. This basic research is looking at the narratives that are out there about why we treat immigrants, especially at-risk migrants, the way that we do and trying to break down the rationales involved. For example, we have economists studying what happens to communities in California when people are deported, and we are finding that the economy loses out. California's economy is actually suffering through these deportations. Research is also targeting the narrative that crime decreases when we increase deportations. In fact, the exact opposite is happening.

Q: Why is UC Davis the best place for the nation's first comprehensive center for human rights, migration and at-risk migrants?

A: At UC Davis, we have so many researchers who are figuring out who lives here and what kind of value they provide to our communities. It's extremely interdisciplinary. We have a very deep bench in the law school, but also in sociology, economics, anthropology, history, cultural studies and humanities. They're all looking at the same problem from these different perspectives. I don't know of another place across the country that has that kind of symbiotic relationship across the campus. I think that's the exciting part of UC Davis –– we've brought together so many people from so many different schools and departments that are dedicated to supporting this notion that we all deserve a basic level of human rights.

Studying the Past to Create a Better Future