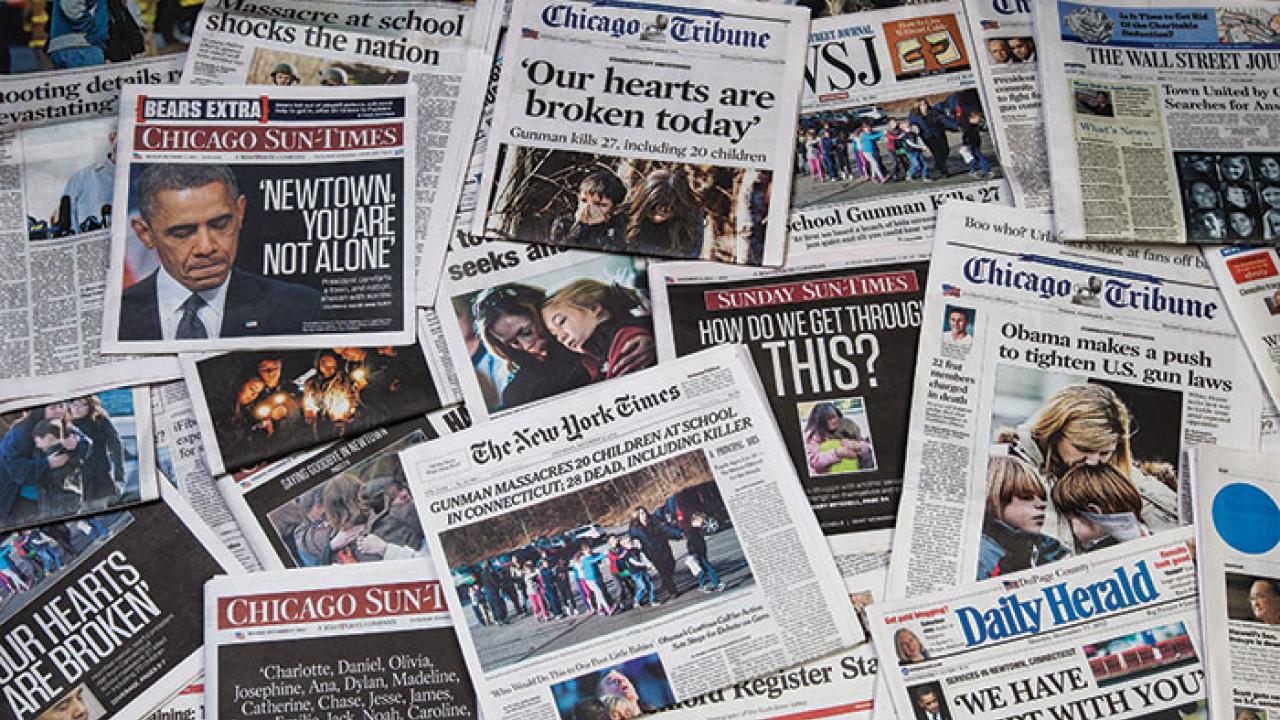 The Big Question: How Can We Stop Mass Shootings?

Seventeen people killed at Marjory Stoneman Douglas High School in Parkland, Florida; 12 shot to death at a bar hosting a student line-dancing night in Thousand Oaks, California; 11 killed when a man opened fire in the Tree of Life synagogue in Pittsburgh, Pennsylvania; 10 dead in a shooting at Santa Fe High School in Santa Fe, Texas; four deaths at a Mercy Hospital and Medical Center in Chicago; three dead at a Madden ’19 video game competition in Jacksonville, Florida –– and those are just a few of the incidents from 2018. Hearing such news and participating in active shooter trainings in schools, workplaces and public venues have become part of everyday American life. But, rather than getting used to mass shootings, what can we do to stop them?

Garen Wintemute, M.D. ’77, a professor of emergency medicine and director of the Violence Prevention Research Program (VPRP) at UC Davis, is the Big Idea champion for the Center for Violence Prevention Research. Wintemute has devoted his life to studying the effects of violence after seeing countless patients in the emergency room –– many of whom suffered firearm wounds.

“Mass shootings really hit home for people,” said Wintemute. “You can put distance between yourself and other forms of violence by proximity or demographics. You can pawn it off as something that’s not your problem. Mass shootings are different; you recognize that this could actually happen to you, and it could happen at any of the normal places you go, like the mall, movie theater or place of worship.”

One of the primary ways mass shootings and acts of violence can be prevented is through enhanced background checks for gun ownership –– but many states don’t have strict background check policies.

Wintemute noted he has been present at gun shows where he has seen a gun sale or transaction occur in less than a minute –– without any sort of background check. He added that 22 percent of all firearm transfers nationwide proceed without a check being done. And some states that have regulations in place don’t enforce them.

With comprehensive background-check policies, most private-party transfers would be required to be routed through a licensed retailer so that a check may be conducted and records kept.

Applying the science of violence prevention

Many advocates say they see a parallel to the 1950s, when automobile crashes and related deaths were a national epidemic. As a result of research-driven regulations and social change, motor vehicle-related mortality significantly declined.

“It’s clear science has a role to play here,” he said. “We can use scientific data to inform public policy, which can reduce rates of violence. I’m positive we can accomplish this; we just need the opportunity to do it.”

VPRP’s work has been aided by UC Davis’ proximity to Sacramento, along with the willingness of the state legislature to invest in violence research, implement policy and follow up on results.

“The legislature and policymakers ask us to inform them on what the science says we should do, and when we make recommendations, they often act on them,” Wintemute said. “They even follow up to be sure that the effects of what we did are what we think they’re going to be. There’s no other place where this level of collaboration exists.”

An added layer of legislation, which has already proven to be effective, are gun violence restraining orders, also called extreme risk protection orders. These court orders allow firearms to be temporarily seized from individuals in crisis, or can even be used to prevent firearm purchases. California was the one of the first states in the country to adopt this particular legislation, and 14 states total have implemented this measure.

“I am aware of a series of potential mass shootings in California that were thwarted because of a gun violence restraining order,” Wintemute said. “Had one been available in Parkland, Florida, the woman Nicolas Cruz lived with, or local law enforcement, could have gone to a judge to request it and potentially saved many lives.”

Multiple polls suggest the vast majority of Americans support new firearms policies. According to the third National Survey of Gun Policy conducted in 2017 by the Johns Hopkins Center for Gun Policy and Research, about 87 percent of gun owners and non-owners support universal background checks. About 77 percent support gun violence restraining orders. In an article he wrote for the New England Journal of Medicine, Wintemute said these systems in place aren’t geared toward “gun control,” but are viewed as part of the response to a public health crisis.

“The policies discussed aim to uncouple harmful behavior from its consequences and help preserve our fundamental right to live safely in a free society,” Wintemute said. “Mass shootings are changing the character of public life in the United States and creating unprecedented demand for action –– and there are scientifically proven steps we can take to stop them.”