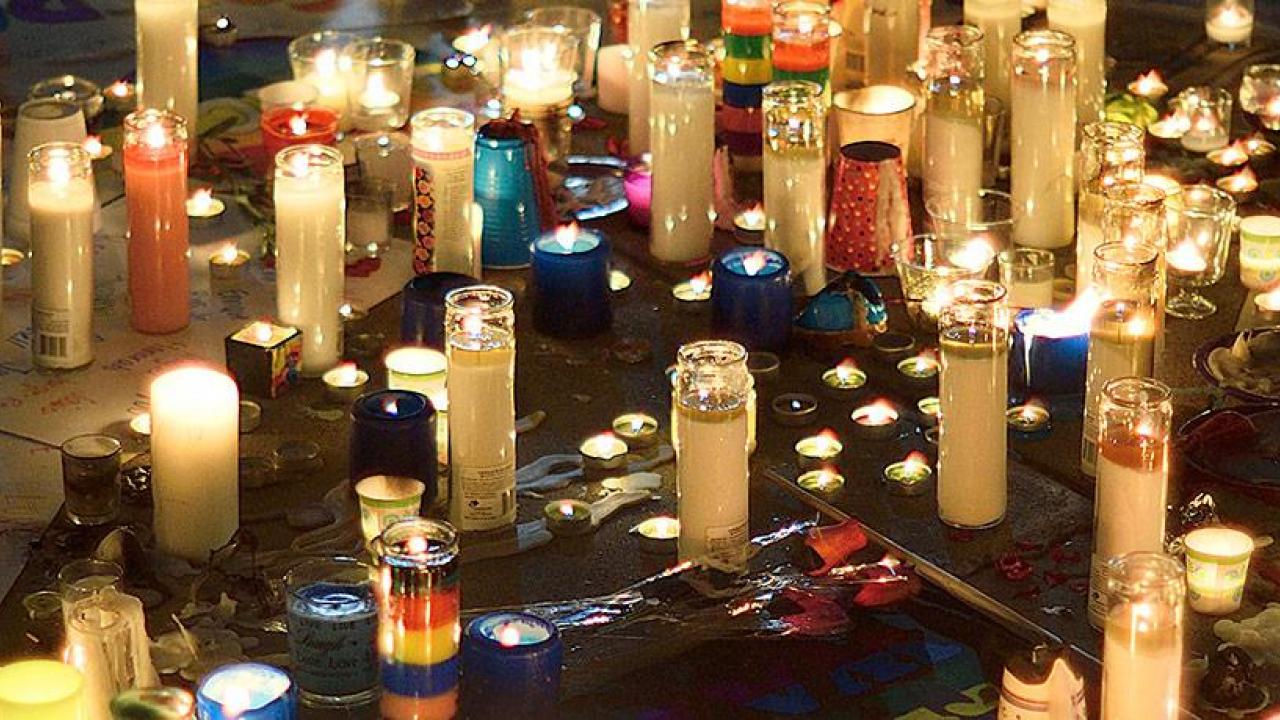 In a medical emergency, time is always critical. Imagine a patient with a gunshot wound — doctors, nurses and support personnel work in concert in an effort to stop the bleeding. They do all they can, but it isn't enough. And then it’s as though time stops — the medical staff is left with incessant noise from the monitors and the need to inform the family about their terrible loss.

Early in his career, as a doctor in an emergency room, Garen Wintemute M.D. ’77 saw a recurring theme — acts of violence stripping loved ones from their families and friends. He soon decided to devote his career to studying the issue of violence.

“I'd had enough of seeing patients come into the emergency department and die from acts of violence,” he said. “I had to do something about it.”

Wintemute and his team span a wide range of backgrounds, something he believes is essential to success in preventing violence. Colleagues at VPRP hold advanced degrees or expertise in epidemiology, sociology, economics, criminology, clinical medicine, policy analysis and biostatistics, just to name a few.

“Violence is a complex public health issue best understood from multiple points of view, and California, with its unique data environment and public sense of urgency, is a perfect testbed for violence research.”

A vehicle for change

In the 1950s, automobile crashes and related deaths were a national epidemic. As a result of research- driven policy and social change, motor vehicle-related mortality declined by nearly 60 percent.

Wintemute believes the Big Idea, which expands upon the Center for Violence Prevention Research, can produce similar results with violence.

“It’s clear science has a role to play here,” he said. “We can use scientific data to inform public policy, which can reduce rates of violence. I’m positive we can accomplish this, we just need the opportunity to do it.”

VPRP provides objective analysis of firearm background checks, firearm restraining orders and what can be done in a community to prevent violence.

“There are more nuances than we think and quite a bit of variation among policies,” Kara Rudolph, faculty member at VPRP, said.

“The challenge is finding empirical evidence in order to suggest potential policy changes.”

Rose Kagawa, a post-doctoral fellow at VPRP, is interested in identifying social and environmental changes that can prevent firearm violence. A current project focuses on neighborhood  revitalization efforts in two cities, Detroit and Cleveland. Both cities have high concentrations of vacant and blighted homes — as many as one in four homes are vacant in Detroit. Research shows these buildings can be prime areas for illegal activity including weapon storage and substance use, and their proliferation is associated with a reduced sense of community — all risk factors in future violence.

Kagawa’s research will estimate the effects of demolishing or rehabilitating these properties on rates of firearm violence in the surrounding neighborhood.

“Understanding whether and to what extent changes to the built environment can prevent violence is a critical piece to understanding how to reduce rates of violence in our major urban areas. These neighborhood stabilization efforts hold a lot of potential for changing the social and economic trajectory of a neighborhood,” she said. “What I hope to learn is whether these efforts can help prevent firearm violence on   a large scale.”

Assistant Professional Researcher Nicole Kravitz-Wirtz is heading up development of a statewide survey, gaining knowledge on firearm ownership and use, the benefits and risks of firearm ownership, exposure to and consequences of firearm violence, opinions on selected violence prevention efforts and many other central questions. This will provide VPRP with a foundation of data on which future research and policy can be based. This type of survey is the first of its kind in California in 40 years.

“Being able to address the critical need for high-quality data on firearm violence and related topics is a necessary step in advancing violence prevention research and policy,” Kravitz-Wirtz said.

Associate Professor of Emergency Medicine and Associate Director of the Violence Prevention Research Program at UC Davis Magdalena Cerdá, along with her colleagues at VPRP, Columbia University’s Mailman School of Public Health and the University at Albany, conducted a computer simulation of violence in New York City neighborhoods. They used this model to test the potential impact of two leading approaches to prevent violence – targeted policing, whereby police increase patrols in neighborhoods with violent hot spots, and a community-based strategy known as Cure Violence — could have on city-level rates of violent victimization.

The Cure Violence model was developed by epidemiologist Gary Slutkin and uses “interrupters” and outreach workers to work with the friends and families of victims to identify, mediate and prevent further violence and retaliation.

“What we found in our simulation data, is that a combination of targeted policing and Cure Violence interrupters - investing in the community together - achieved greater results with fewer resources than either intervention did in an isolated approach,” Cerdá said.

Wintemute believes UC Davis and VPRP is the ideal environment for research on violence and the ability to affect policy change to prevent future violence. No other state besides California could conduct some of the research being done by VPRP because they simply don’t have the data or will not allow it to be made available. And  UC Davis' proximity to the California State capitol is an even greater advantage.

“This research often relies on administrative data, and in  California we are in an environment where agencies, such as the Department of Justice, are open to providing this data,” Kagawa said. “On top of that, we have a legislature that is interested in using the evidence base to inform and evaluate policy.”

This willingness to examine public policy was evident in the recent study of a gun violence restraining order. California was the first state in the country to adopt this legislature.

“The gun violence restraining order allows firearms to be recovered from someone who may own them legally, but in that moment is at extreme risk of harming themselves or someone else,” Wintemute said.

Wintemute says future success of the Center for Violence Prevention Research Big Idea is multifaceted. His team will need to prove certain interventions and policies can prevent violence and also build a future labor force to continue studying the issue for generations to come.

He says the future of the Center depends on philanthropy.

“The work simply couldn’t be done without philanthropy,” he said. “We have so many questions we need our research to answer as soon as possible—lives are literally at stake—and it just won't happen at the same rate or with the same level of interdisciplinary expertise without donor support.”

Can new gun violence research find a path around the political stalemate?