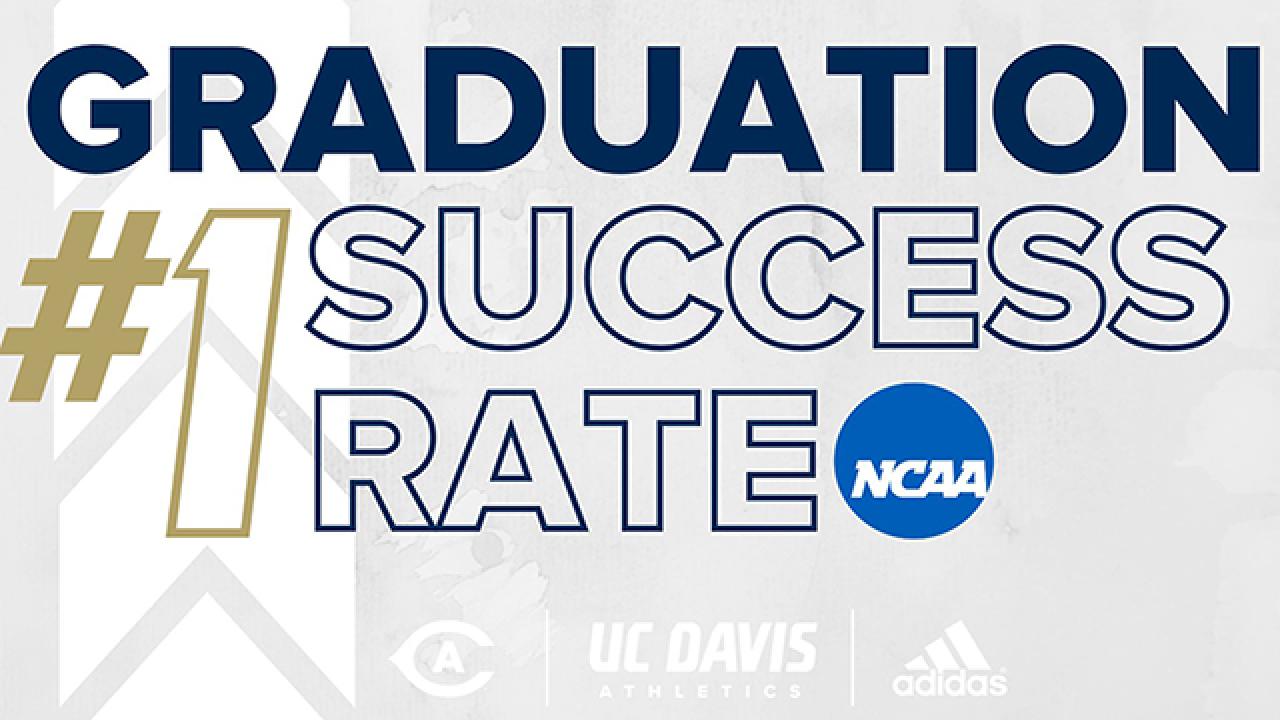 This article originally appeared at UCDavisAggies.com

INDIANAPOLIS, Ind. – The NCAA highlighted why UC Davis is the fifth-ranked public school in the nation when the organization released its annual Graduation Success Rate report on Tuesday.

That group of eight teams, in addition to women's lacrosse (96 pct.), were responsible for the top figures in their respective conferences.

Among all Big West institutions, UC Davis' number of perfect scores is a conference-high total.

UC Davis football was responsible for the top result among all Big Sky teams, for the seventh year in a row, with its Federal Graduation Rate of 83 pct..

As has been the case since it joined the Big West in the summer of 2007, no league school recorded a higher FGR than UC Davis (84).

The FGR differs from the GSR as transfers who depart in good academic standing do not count against their previous institution, but are included in the receiving institution's GSR. This allows the GSR to accurately look at student-athlete success by taking into account the full variety of NCAA Division I participants and track their individual outcomes.

Investing in their future through competition