How Can Agriculture be a Part of the Climate Solution?

“Agriculture might just be the single most important industry on the planet for creating negative carbon emissions under current economic policy,” said Professor Benjamin Houlton, director of the John Muir Institute of the Environment and champion of the One Climate Initiative.

Houlton said carbon farming is the key to help solve climate change. His mission is to counteract a simple, startling fact: A single carbon dioxide molecule remains in the atmosphere for more than 100 years, locking us into climate change in the future.

“Farmers and ranchers can capture carbon and store it in the soil,” Houlton said. “They can create negative emissions, which means the amount of greenhouse gases that are going into the air from their industry is lower than the amount that they’re drawing out of the air.”

“A lot of these practices are indigenous practices, so even pulverized rock has been used by farmers since the 17th century to restore soil because it provides nutrients,” Houlton said.

“The One Climate vision is about transforming society in a way that is sustainable, produces the jobs we need, trains the next generation of leaders and creates a climate-smart workforce,” Houlton said. “And one of the centerpieces of One Climate is creating the world’s most innovative carbon farm.” 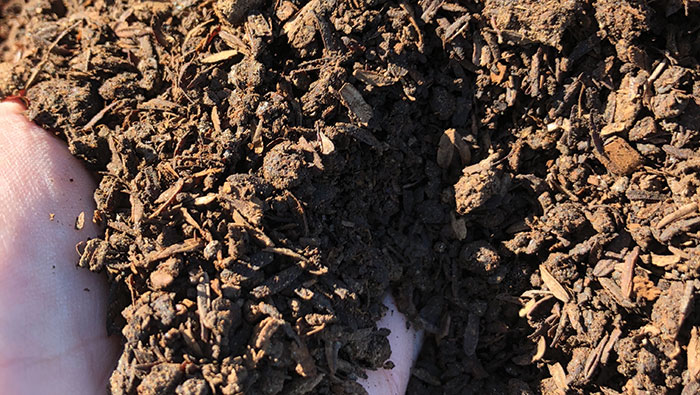 “We’ve teamed up with industry partners to use biochar, which is taking organic carbon like trees, vegetation and manure, and burning it slightly at a high temperature,” Houlton said. “It becomes more resistant to breakdown and helps with water and nutrient use, while also storing carbon for longer periods of time.”

In California, biochar can reduce wildfires by removing trees that could be a fire risk and putting it into the soil. Similarly, compost deposits green waste or food waste into the soil to create a carbon sink.

“The cool thing about these technologies is that we’re taking some known quantities in the ag sector and saying it also captures carbon,” Houlton said. “Farmers might use these methods because it helps with yield and soil nutrients, but they should continue and even scale up these efforts because it will help solve the climate crisis in the long run.”

Scientists at UC Davis have found that compost is fundamental to storing carbon in semi-arid cropland soils. Houlton teamed up with the UC Davis Russell Ranch Sustainable Agriculture Facility to build off their baseline research. Together, they found that compost provides additional vital nutrients for microbes to function effectively and stabilize carbon in soil.

In addition to joining forces with several other institutions like UC Berkeley, Lawrence Berkeley National Lab and California State University, East Bay, on demonstration projects, Houlton has received a $4.7 million grant from the State of California’s Strategic Growth Council to research scalable methods of using soil amendments to store carbon.

“We’re working with commercial and family growers all across the state, covering the full spectrum of most agricultural activities,” Houlton said. “Our first array of demonstration projects involving the different materials began in October,” Houlton said.

Houlton has been working with the Intertribal Agriculture Council, which includes indigenous tribes from across the nation, and in particular, the Pauma Tribe in California to engage in carbon farming demonstrations.

“One of the most inspiring things about tribes is we have a lot to learn from them,” Houlton said.

“What motivates me the most is listening to people from very diverse perspectives talk about where they think solutions are and how we can work together.”

Houlton said as world leaders in many aspects of plant, animal, engineering and environmental science, UC Davis is well-equipped to lead efforts to find global solutions for climate challenges.

“We put society above discipline,” Houlton said. “I have so many colleagues who want to partner with UC Davis.”

This is one of several Big Ideas, forward-thinking, interdisciplinary programs and projects that will build upon the strengths of UC Davis to positively impact the world for generations to come. Learn more about One Climate Initiative.

Experts share how to adapt and even thrive with wildfires